Luxury safari camps abound in Africa, albeit there are distinct differences. The most notable are those located within private concessions, which at most will allow safari vehicles to go off road and into the bush seeking and tracking animals. Camps not on private concession are restricted to road use, which often denies the traveler the best of opportunities to find animals that are well hidden within the bush. It is a far more exciting adventure when traveling across the veld, at times into the tree line and across marsh in search of the animals in the wild.

Luxury camps will also afford the traveler the best in cuisine, offering local wines as an included feature at certain camps, and providing laundry service as an inclusive feature. Thus, there are a number of considerations to be made before choosing which of the camps provide the best value for the dollar. Several points to consider are as follows:

Clearly, finding a camp that offers the most inclusive features in a setting apart from other camp sites, in luxury style will cost considerably more than a camp accommodating 40 or more guests and having 5 or more vehicles leave camp each safari in search of game. Considering that most will visit the African continent just once in their lifetime, the choice of camp becomes immeasurably important, and assuring oneself that the experience will be an enriching one, the cost, spread over a lifetime will surely reap greater benefits the more luxurious and secluded the camp site. 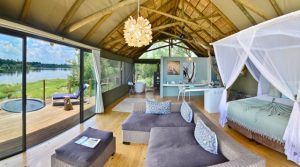 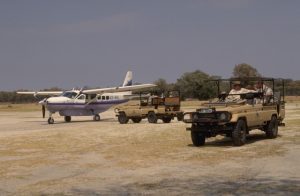 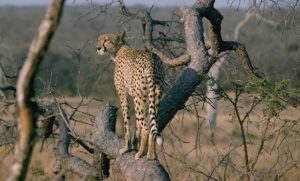 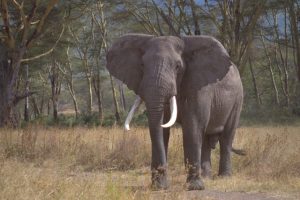 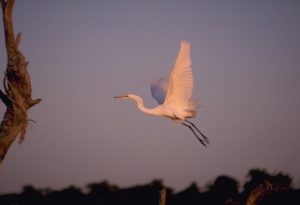 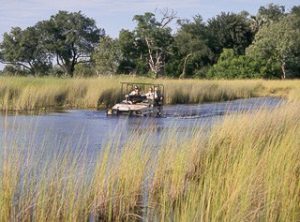 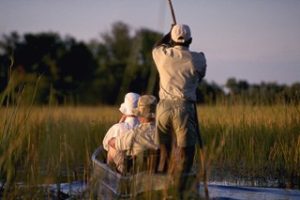 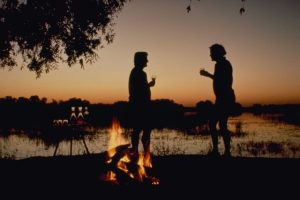 Your Passport To Excellence™