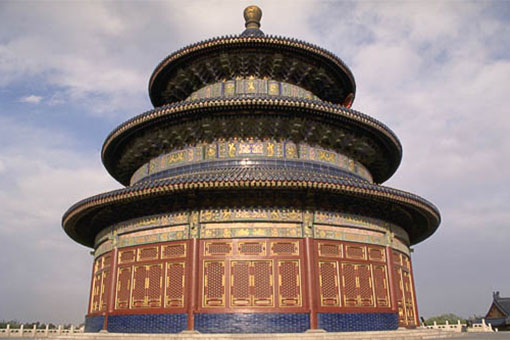 China, “The Middle Kingdom” has a history stretching back over five thousand years. It dominated technology in early history producing myriad inventions including: gunpowder, compasses, printing, and kites. The modern People’s Republic of China, established in 1949 is a world leader in manufacturing and an emerging superpower. It is home to 1.4 billion people or 22% of the world’s population. This population is unevenly spread across the nation, with the majority of its populous still an agrarian society, resulting in bustling metropolises, each surrounded by rural havens.

The Chinese once considered Beijing the center of the world. In its heart lay Gu Gong, The Forbidden City, which held title as the Imperial Palace of the Ming and Qing dynasties. Covering more than 180 acres and comprised of 9,999 buildings, it is the largest palace ever built. Preserved as the Palace Museum, visitors are invited to tour its wondrous architecture.

The Great Wall, one of the Eight Wonders of the World, winds like a dragon across 4,160 miles of mountains, grasslands, deserts, and plateaus. Running east-to-west, it served to protect China from the Huns to the north. It has long become a symbol of Chinese culture and the centerpiece of many stories and legends.

The Yangtze River, third largest in the world, begins its journey high in the mountains of Upper Qinghai. From there, it winds 3,900 miles across China past breathtaking scenery with plunging gorges, mist-covered mountains, fertile farmlands, and rustic fishing boats and villages.

The city of Shanghai lies along the estuary where the Yangtze meets the sea. A major trade port, it offers shoppers the wonders of Nanjing Road. More than 600 businesses cluster along the 3.4-mile thoroughfare, offering goods to delight those looking for the latest fashions as well as Chinese art and antiquities.

Travelers who visited China in the early years may recall when napkins first appeared at the dinner hour and plumbing actually disposed of waste efficiently, or perhaps are reminded of the times when the majority of the populace wore Mao-styled jackets and in-country flights were often delayed or cancelled. Entry into China through immigration and customs was tedious, with foreign magazines confiscated and the process hours long. Seldom would there be a smile on the faces of the authoritative staff and the drive into the city passed hundreds upon hundreds of bicyclists on the roadways. All has changed, and all for the better, with servings of delectable cuisine, an air fleet that rivals the finest in the world and venues now on touring routes that previously were denied.

It truly began in earnest back in 1981. Beforehand, relatively few were allowed access to this cloistered society and it was any wonder what to expect upon arrival. Excitement filled the air as tourists disembarked on the tarmac in Beijing, greeted by green clad soldiers who joined each group and traveled by coach to the main terminal building. As history would remind us, it was the conclusion of the Opium Wars with China during the mid-late 19th century that first cracked open China’s trade doors by the reigning powers of the world, they being the United States, France, Great Britain and Russia. One very real concern was the breakup of the Chinese mainland and although no peace treaty to that effect was ever signed, it was in principle a guiding rule among the great powers to keep an equal balance of trade to all open ports of call within China.

A more recent “Open Door” policy, which the Chinese initiated, came from the ruling leader Deng Xiaoping, who in 1978 chose to open the trade doors to the West after decades of being a sequestered society that truly suffered during the frightful years of the “Red Guard” movement in the mid-sixties. It was in 1981 that the first tourists groups were beginning to flock into China, the path first lay by Western officials and exchange visits by the Chinese with various educational institutions within the United States. Arriving at the immigration counter, groups were single-filed according to the name list on the official visa entry permit, the green clad soldiers now pacing the floor, not a smile on their faces. It seemed forever that the immigration official assigned to a group would review the passports and scan the faces of the entering foreigners, most elderly and seemingly little threat to the Motherland.

The custom officials were as precise and even more so inquisitive about the variety of personal goods each traveler carried in their luggage, from hair dryers to lotions, fancy clothing to pocket radios. Each piece of luggage, hand-carry and parcel was meticulously examined, the group leader’s anxiety rising to the fore in anticipation that a Bible should surface, a Time magazine certain to be confiscated. The search seemingly would go on forever, and finally, permission would be given and all travelers ushered through to the arrival hall and greeted by a local guide, outfitted in a blue-colored Mao jacket and matching trousers, the fashion design to be worn by the vast majority of Chinese. A perfunctory look upon their face, they would escort travelers to the familiarly colored blue and white van, listing heavily to the side, which most often would be the carriage to the Great Wall. Luggage from several arriving flights would literally be thrown into an open truck, meant to be sorted at one of the Guest Houses assigned for tourists.

Impressions, long remembered by travelers who journeyed those early years were how few private vehicles were on the roadway, its two lanes filled with bicycles and occasional drab, green colored military vehicles. Rising dust from the narrow lanes that wound their way through what appeared as roadside villages filtered the setting sun as travelers made passage from the airport toward Beijing.

Guest Houses were the norm for accommodation those early years, while soon thereafter; foreign hoteliers grasped the opportunity and began a massive building effort. The Chinese, visiting both the United States and Europe, simply would choose a favored property and have the exact same structure created in China, bringing over the entire staff to train their countrymen in the art of servicing the tourist industry. Considering that the local populace lived their lives on dirt floors, used charcoal for cooking and heating, and had little that resembled a modern amenity, the learning curve was steep. The first known cloth table napkins to appear at mealtime were at the newly opened Shangri-La Hotel in Xian in 1985. It was, in fact, a time for celebration.

Guest House dining in the early years was quite the event for those in attendance. The head of the State run facility would be present at dinner with continual stand up toasts to the developing friendship between the United States and China. The dual toasting was accompanied by the tasting of their specialty appetizers, the kinds of which had you accepting as courtesy dictated, however, most concerned that your host might offer seconds. The baby sparrow fetus, marinated in soy sauce was thought to be the most trying of the lot. Touring China those years would find some 30 or more local residents gathering at the coach door to view the blue eyes, the variety of hair colors, and fashions not found anywhere in China. Instant photos from the Kodak camera astonished both children and elders. Surely times have changed.

The journey those years was no doubt difficult, yet the seemingly endless variety of wonders, be they manmade treasures or simply the fortitude of a populace that each day faced impoverishment as a norm, yet had a welcoming smile for the newfound travelers, making the experience so worthwhile. Today’s China has its own amazing experiences and an even greater number of sites open to visiting travelers. One of the most notable accomplishments over the past three decades has been the vast improvement in infrastructure. Be it the new accommodations, vehicles used for transportation, the quality of restaurants, the choice of vessel on the Yangtze, the upgrading of both airports and airlines, and the roadways between sites, it has been a remarkable transformation.

Today’s visitor will find all of the centuries-old treasures, at times in stark contrast to modern skylines of the larger cities, a comfort level simply unavailable in past years, and a magnificence in cuisine that would challenge any of the dining restaurants the world over. Travel to China in the early days was an adventure, often quite challenging. The comfort and amenities now available make the journey a sheer delight. Visiting the smaller cities and shore excursions while on the Yangtze River cruise provides an opportunity to have a glimpse of what Old China might have looked like decades ago, although the picture is rapidly fading. This former heavy-laden agrarian society has entered the new century with a robust economic plan that already has affected the worldwide community.

The airline carriers have replaced the Soviet built aircraft with a modern fleet of jetliners, the cruise ships on the Yangtze boast comfortable quarters with balcony, and for those seeking unique settings, there is Kashgar, Tibet and Mongolia to consider. Even in those remote areas, the changes would astonish those who traveled when the door was first opened.

When it comes time to revisit, for what will seem like the first time, or never having visited China, to now consider a visit in the near future, travel with a company that has been sending travelers for the past 34 years. With private van, private driver, private guide, accommodation, and daily breakfast, it comes at an astonishingly affordable cost. Whether your idea of adventure is an urban shopping spree, marveling at historical treasures or reveling in unsurpassed natural beauty, China can provide an unforgettable adventure. 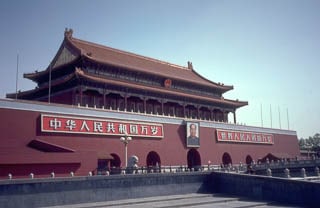 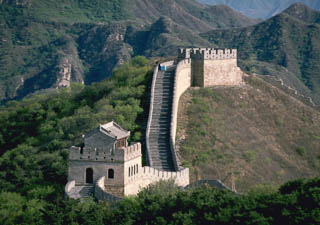 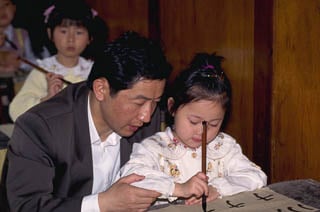 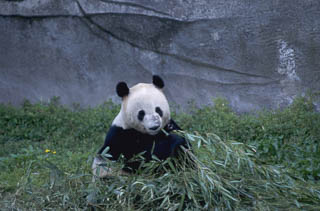 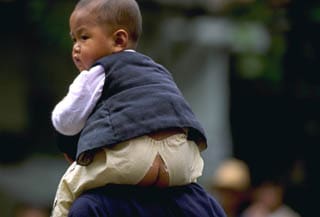 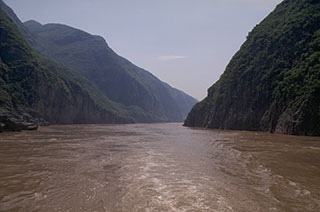 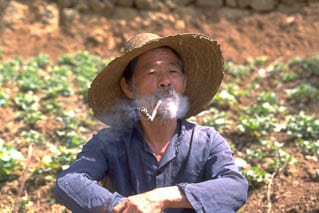 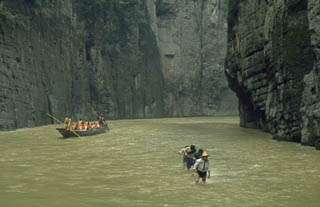 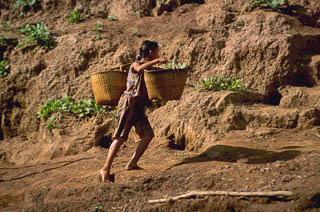 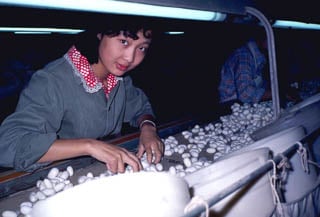 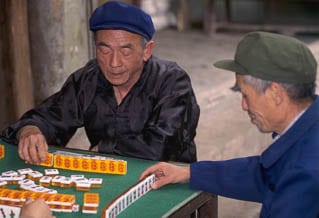 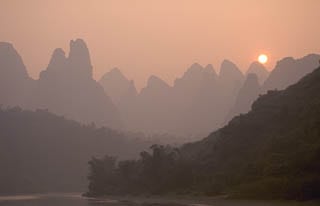 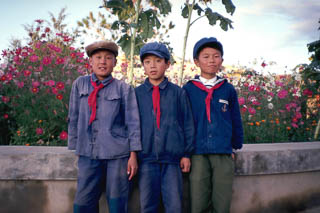 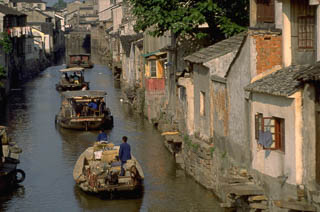 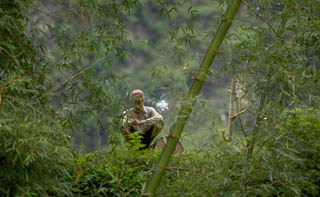 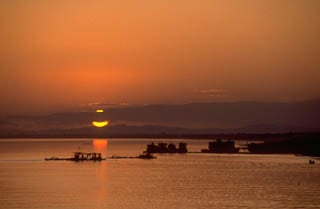 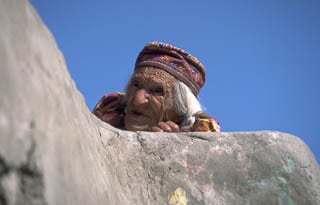 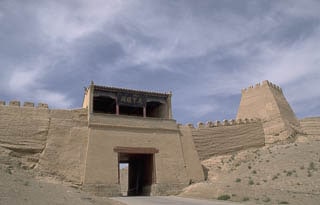 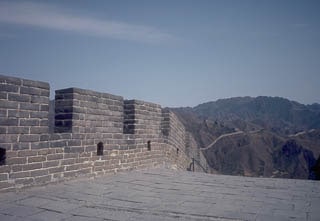 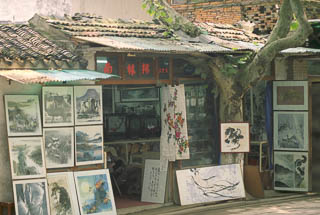 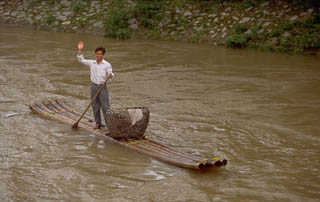 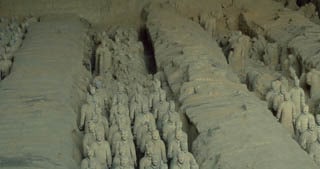 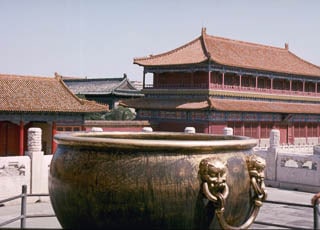 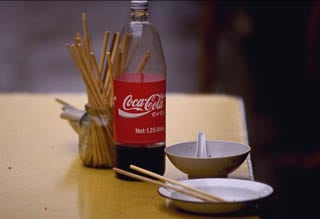 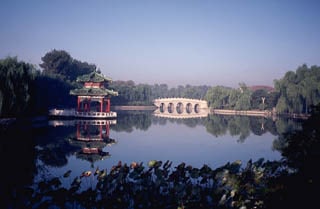 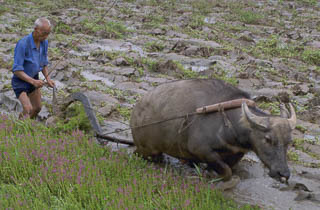 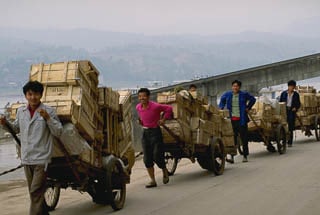