PrevPreviousBest Travel Company – Has Anyone Seen My Driver?
NextMayanmar (Burma) – Unique and WondrousNext 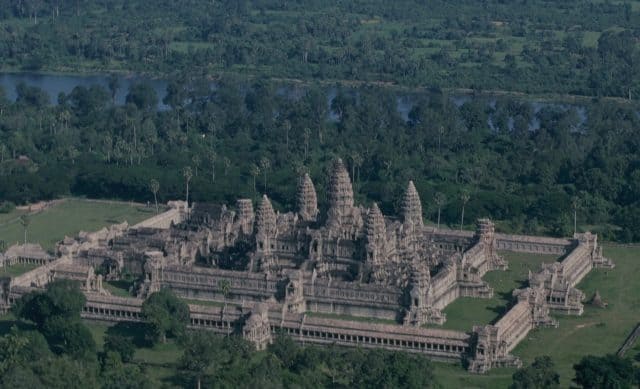 Experience the magic of the Golden Triangle

Twelfth century walled cities, provincial capitals, and priceless treasures await your presence into the magical setting of former Indo-China. Ancient temples, exotic tombs, former forbidden cities, and glorious landscapes, all sightseeing wonders will highlight your adventure as you make passage across the scenic magnificence of these wondrous lands. Bangkok is your gateway city to the multi-layered settings found throughout Vietnam. From glorious Ha Long Bay in the north, passed the cultural eminence of Hue city, to the village town of Hoi An and the bustle of Saigon, each day presents a different pattern of cultural wonders, past and present.

Journey onward to the town of Siem Reap, Cambodia, site for the magnificence of Angkor, known to be the largest religious monument in the world. Originally dedicated to the Hindu God Vishnu during the Khmer Empire that reigned during the 12th century, over the years it was transformed into a Buddhist temple. Hidden by jungle growth for years, the ruins were re-discovered by the French archeologist Hernri Mouhot in 1840. The French who had colonized Cambodia, developed the site in the 1900’s, up until the time that Cambodia gained its independence in 1953. There are numerous ruins at Angkor, with the famous ruins at Ta Phrom latticed throughout by the roots of banyan trees that seemingly hold the shrines, temples and walls in place throughout the grounds.

Luang Prabang had been the seat of government and provincial capital of the Kingdom of Laos until taken over by the Pathet Lao in 1975.  It maintains a small town innocence, with hill tribe communities of various factions doting the countryside. The Mekong River runs aside the town, and a journey upriver to the Pak Ou caves, laden with buddhist statues provides the willing traveler with stops en route at rice wine making villages and thereafter, an exploration of two of the more interesting caves at journey’s end. One of the handicrafts within the city has long been the beauty of the filigree work by the town’s artisans, who crafted designs for the Kind during his reign. Visiting one of the hill tribe villages is one of the highlights of the journey to this wondrous capital town.

The wonder that is Myanmar (Burma)

Leaving the provincial capital of Luang Prabang, wing your way above the jungle carpet to Yangon (Rangoon), capital city of Myanmar (Burma), “Land of Pagodas” and one of the world’s least traveled countries. The warm welcome given visiting tourists by the Burmese people adds to the charm and enjoyment of your stay. One of the more magnificent sites on your touring holiday will be to visit one of the most sacred shrines within the country, the Shwedagon Pagoda, considered by many to be the most impressive pagoda in the world. Its main spire rises to a height of 396 feet and is adorned with thousands of semi-precious stones, all surrounded by multi-layers of gold leaf.

Fly above the meandering Irrawaddy River as you make your way north to He Ho, your gateway passage to Inle Lake. A drive across the countryside brings you to the embarkation point at Nyuang Shwe to board your private boat, whisking you across the lake to the site of your accommodation. En route you will see the famous Inthar leg rowers, who wrap their lower leg around the paddle as they search the waters for their favorite fishing sites. Passing the floating gardens at Inle, you will visit the Phaungdaw OO Pagoda, dating back to the 18th century, the Nga Phe Monastery, and the weaving village of Inpawkhon. Your private boat and guide will lead you on this memorable journey, sighting an array of unique and wondrous venues.

Board your private boat taking you to the western shore of the lake where you will disembark and begin the stair path lined with hundreds of small stupas overgrown by moss and greens to the top of the hillside and the Indein Pagoda complex. Continue on foot to a nearby village where the residents continue to grow their crops in generations-old fashion. Enjoy lunch at one of the local restaurants prior to returning to your resort.

Return by boat to Nyuang Shwe for transport to Heho, onward to Yangon for your return flight to Bangkok. All too soon your holiday to Southeast Asia has come to an end and it is time to board your onward flight returning home with those never-forgotten memories to cherish over a lifetime.

Conclusion: Join First Cabin, since 1989, with the majority of bookings derived from repeat clientele and their enthusiastic referrals.